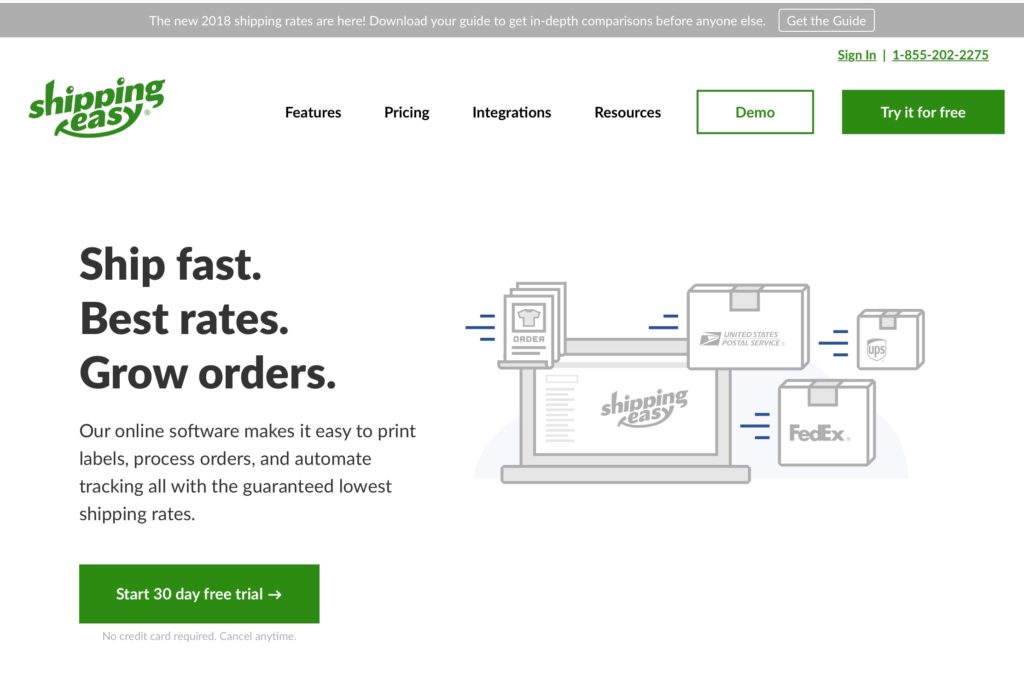 I’ve been working with ShippingEasy since 2013, when the relocated to the United States and launched a massive update of their product. I was hired to create their marketing site in WordPress, merging a design that they provided with a Bootstrap template they liked. A year later, we rolled out a new site using a similar process, and it’s had many revisions along the way.

A few weeks ago, we launched an entire new design. They had a designer work up a new site from scratch, and then I built out the code on top of their existing site structure and content. A few of the interior pages are still getting facelifts, but it’s a fresh new look that was a lot of fun to build.